Cucuzza?  What the heck is that?  It may sound like some sort of disease but in fact, it is my favorite summer squash.  Cucuzza (translation...Super Long Squash!), is a crazy Italian squash that can grow up to 10 inches in just one day!  In my family we always referred to it as "cucuzza-long" because apparently its given name didn't truly express how incredibly "long" these squash really are, haha!  Below is a picture of the cucuzza as well as a picture showing how they grow.... 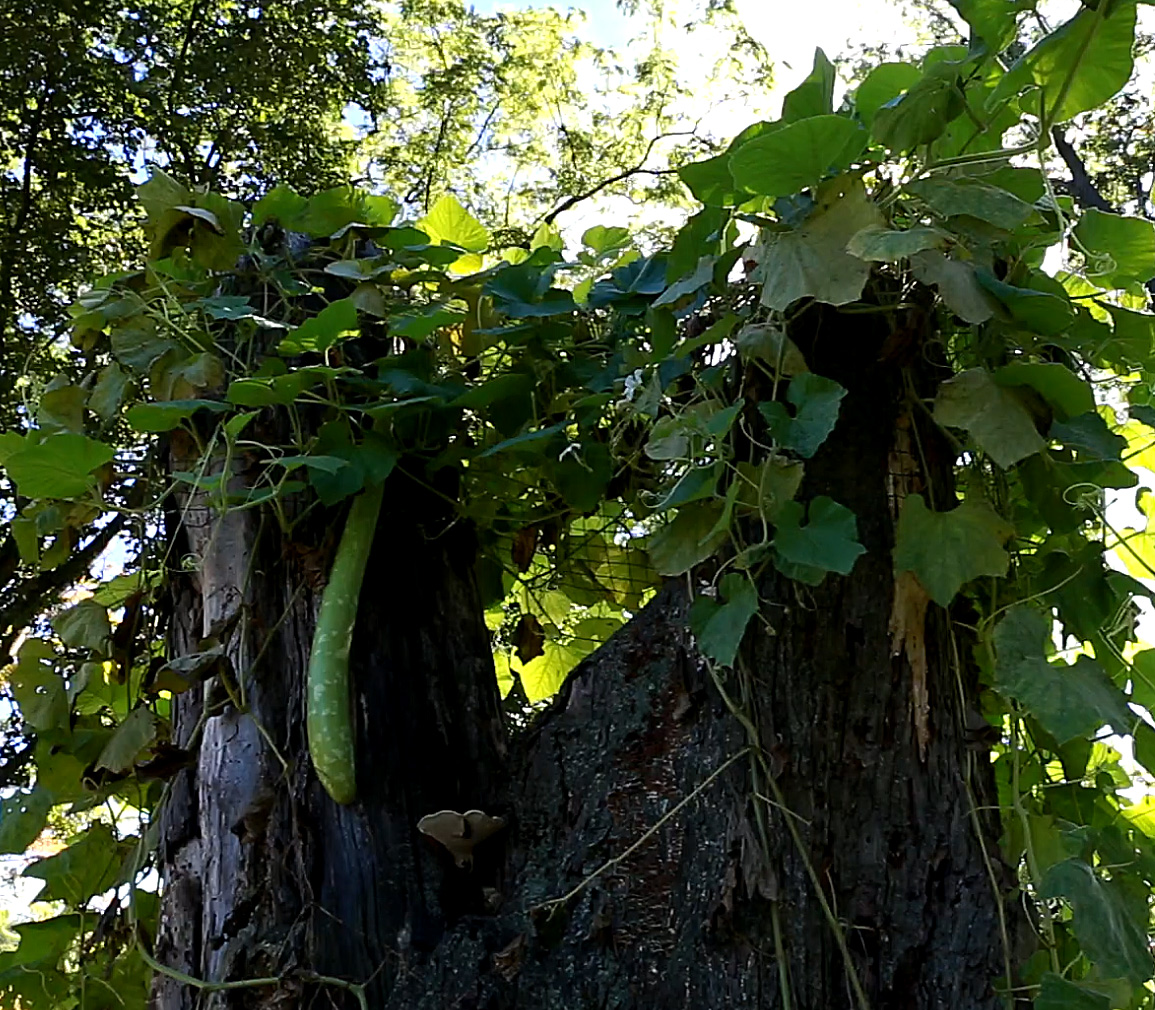 The cucuzza vines grew up an old dead tree!


Cucuzza may be slightly labor intensive to prepare but they are SO worth it.  I will peel and core these guys until the cows come home because I just love the flavor of this squash.  It is sweet, mild, and doesn't turn to gush when you cook it, unlike other squash varieties.  The seeds inside of the cucuzza resemble those of grapefruit seeds......but on steroids, so yes, it needs to be cored.  The skin can be really tough so peeling is also essential.  I prefer to stew or saute my cucuzza but you can stuff them, roast them, add them to soups, etc.!

Unfortunately, you won't find the cucuzza in the grocery store because let's face it, it probably looks like a Frankensquash to most people and it wouldn't sell.  Instead, you will have to grow them yourself, hunt them down through a CSA or local farmer's market.  I am blessed to have access to a local garden and boatloads of cucuzza!

So enough of all of that, now onto the recipe! 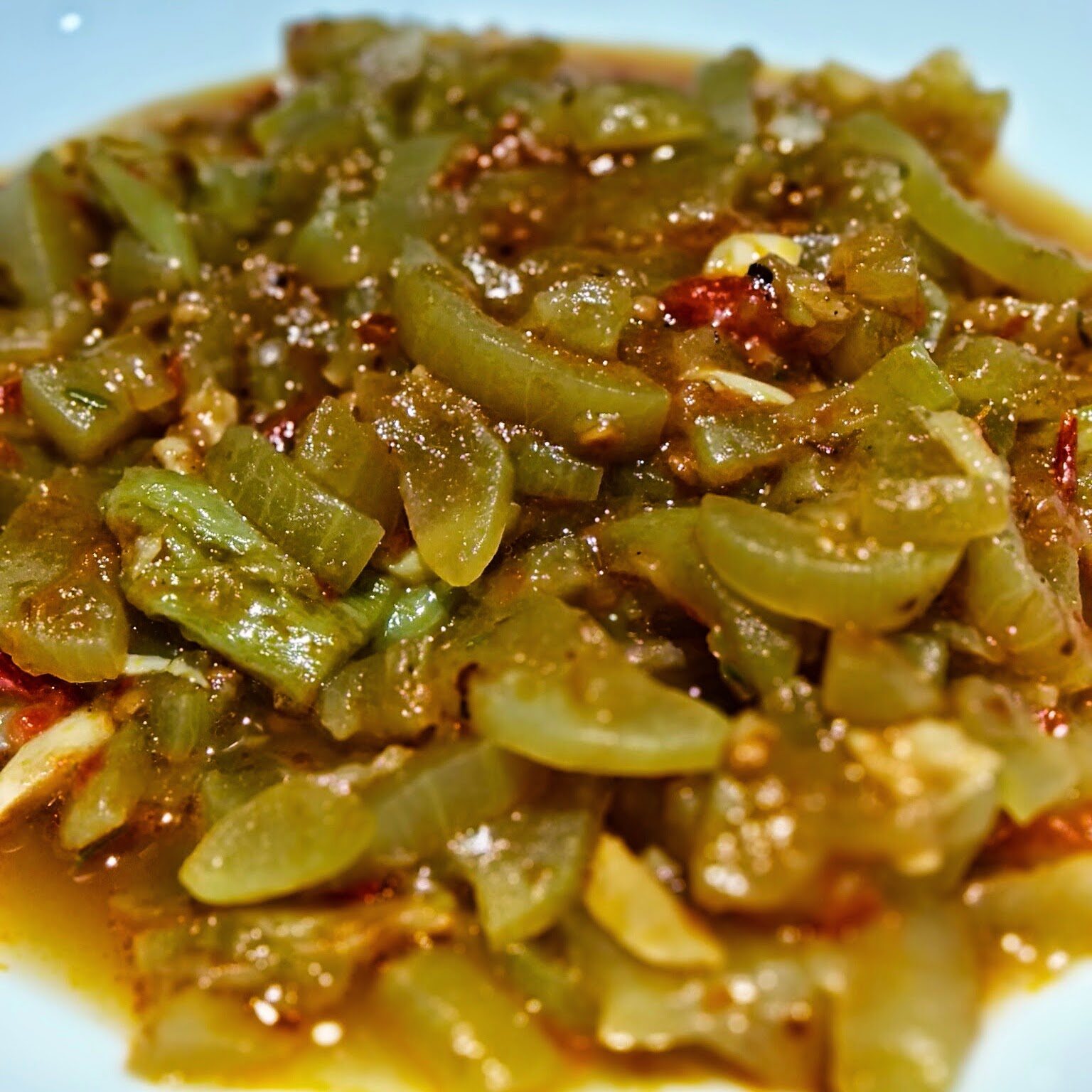 Directions:
Heat the oil in a 9-quart Dutch oven, add the onions, crushed red pepper, and a sprinkle of salt.  When the onions become translucent, add the peppers and cook until they soften.  Add the tomatoes.  Cook this mixture until the water from the tomatoes has mostly evaporated and the mixture has a deep red color to it.  Toss in the garlic and the thyme bundle, cook for a minute or so.  Next, dump in the prepared cucuzza and stir until it is thoroughly coated with the tomato mixture.  Turn the heat to low and cover.  Let this simmer for 30 minutes or so, stirring occasionally.  Remove the lid and cook for an additional 15 minutes to reduce the liquid that has come out of the squash.  Once the squash stew has thickened, turn it off.  Season with salt and pepper.  Serve as a side dish or as a main meal over rice or pasta with some freshly grated Pecorino Romano of course! 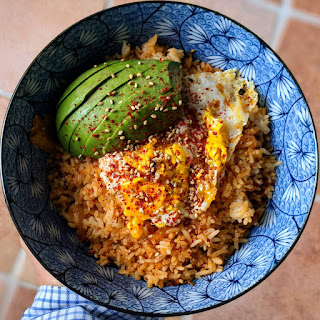